Mr. Garrett joined LIU in 2007.  He received his Masters of Science in Medicine from University of Detroit Mercy in 2005 and was board certified as a Physician Assistant the same year.  Mr. Garrett has over twenty years of service as an Army Officer, and has practiced Emergency Medicine and Aviation Medicine during his military career.  He has attended multiple military/civilian medical courses including the US Army Flight Surgeon course and currently serves as an Aeromedical PA with the Michigan Army National Guard.  He has lectured throughout Michigan regarding prostate cancer, urinary incontinence, erectile dysfunction, male infertility, and interstitial cystitis.  He serves on the Adjunct Faculty at the University of Maryland-Europe and is a member of the Michigan Academy of Physician Assistants, Society of Army Flight Surgeons and American Academy of Physician Assistants.  Mr. Garrett works with all manners of urological conditions and is accepting new patients.

We welcome your feedback at LIU. Please take a few moments to complete our survey. Your response are kept anonymous unless you leave your name in the comments section.

FOR YOUR PRIVACY AND SECURITY, PLEASE DO NOT USE THIS METHOD TO COMMUNICATE REGARDING MEDICAL ISSUES. This link is for general business related questions. Please register for our secure patient portal under the gold tab on the welcome screen to discuss anything related to your health or personal information 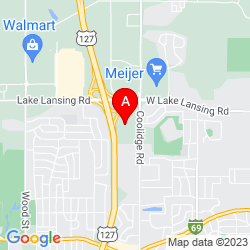 A New Direction in Health Care

Lansing Institute of Urology is now a division of Compass Health. To learn more, visit MyCompassHealth.org